Iran to IAEA: Israeli fabrications no basis for cooperation

Tehran 06 March_Iran says it will not allow Israeli allegations, which Tel Aviv claims are rooted in findings of a so-called secret operation, to form the basis of the Islamic Republic’s cooperation with the United Nations nuclear agency. 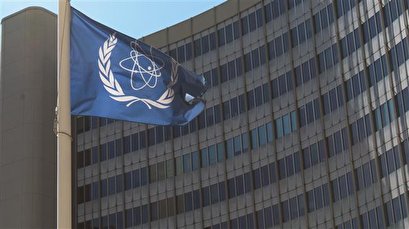 TEHRAN, Young Journalists Club(YJC)_Iran’s mission to the International Atomic Energy Agency (IAEA) made the remarks in a statement dated Thursday after the watchdog demanded “complementary” access to two sites that are alleged by the Israeli regime to host diversionary nuclear activities.

“The Islamic Republic of Iran believes that merely forwarding some papers based on the Intelligence Services’ fabricated information is not consistent with the Agency’s Statute, Comprehensive Safeguards Agreement, and the Additional Protocol,” the mission said.

The Safeguards Agreement between Iran and the IAEA ensures non-diversion of nuclear material declared by the Islamic Republic. The Additional Protocol has also been allowing the agency’s inspectors to carry out more intrusive inspections of Iran's nuclear program.

However, the latter request for such access amounts to the agency’s “taking information at face value,” the mission said.

“The Islamic Republic of Iran does not want to set a bad precedence by giving legitimacy to such alleged information and even considers it counterproductive for the credibility of the Agency, to the detriment of its relations with the Member States,” the statement noted.