Tehran 07 March_The United States reportedly blocks adoption of a United Nations Security Council statement supporting a ceasefire agreed between Russia and Turkey in Syria’s northwestern province of Idlib, although the deal has led to direly-needed de-escalation in the province. 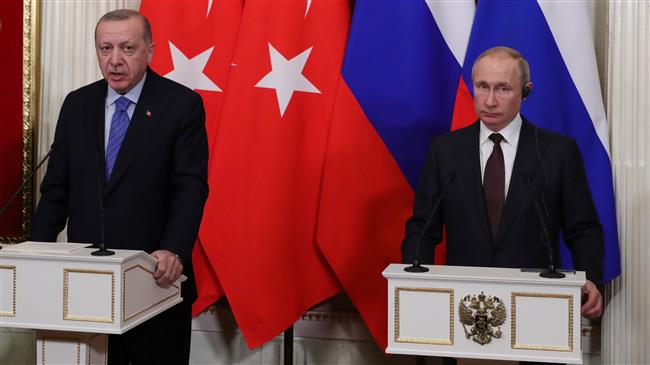 TEHRAN, Young Journalists Club(YJC)_Diplomats cited by AFP said the US stonewalled the measure that Russia's UN Ambassador to the UN Vassily Nebenzia had asked the other 14 member states to adopt on Friday, with Washington calling it "premature."

The US’s standpoint was echoed by Britain and Germany. "There are a lot of questions about how it will work in practice, who will monitor it," remarked British Ambassador Karen Pierce, while her German counterpart Christoph Heusgen said, "We have to see if this will work."

Russia and Turkey’s presidents, Vladimir Putin and Recep Tayyip Erdogan, had announced the truce that took force in Idlib at 00:01 a.m Friday, after three hours of face-to-face talks in Moscow on Thursday.

The deal was clinched amid a pressing need for pacification in Idlib, where Turkish violations had brought about an unwarranted flare-up of already high levels of deadly violence.

The escalation came when Turkish forces that are tasked with manning a number of observation posts in Syria to supposedly contribute to de-escalation efforts, ventured outside the areas assigned to the posts, engaging with the Syrian military.

The province, though, began experiencing “calm” after the truce that allowed the Syrian government to secure two strategic routes running through it, reports by AFP and the so-called Syrian Observatory for Human Rights (SOHR), a UK-based monitor, showed.