US, allies hatching ‘plan for war’ against Venezuela: Maduro

Venezuelan President Nicolas Maduro says the US administration, in collaboration with Venezuela's opposition figure Juan Guaido and Brazilian President Jair Bolsonaro, is hatching a “plan for war” against Caracas. 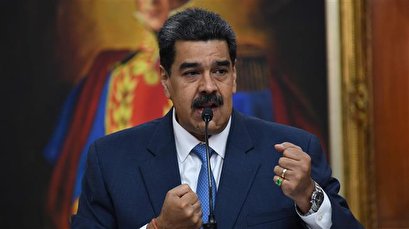 "From the White House, a plan has been decided to bring war to Venezuela... to escalate a violent and armed conflict and justify an invasion," Maduro said during a televised speech at his presidential palace in the capital on Friday.

Maduro accused Washington of forging plans against his government and said US President "Donald Trump has given the order to fill Venezuela with violence" with the support of Guaido, who he once again called "puppet.”

The 57-year-old president said the United States was at the head of more than 50 countries that rejected Maduro's second term, considering him "illegitimate," and instead recognizing Guaido as president in charge.