India has been forced to lift a ban on media coverage of a recent wave of sectarian violence against Muslims in the Hindu-majority country. 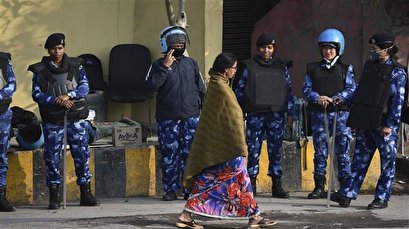 On Friday, the Indian government slapped a 48-hour ban on Asianet News and MediaOne for what it called “biased” coverage of last month’s deadly riots in the capital New Delhi which left several dozen Muslims dead and hundreds more injured.

However, the government was forced to revoke the ban on Saturday amid international criticism of New Delhi's failure to protect its minority Muslim population.

There was also an outcry from opposition groups and protests by the channels to the information and broadcasting ministry over the ban.

MediaOne called the ban "a blatant attack on free and fair reporting" and an "unprecedented and undemocratic action".

It also said it was penalized for criticizing Delhi police and the right-wing, Hindu nationalist Rashtriya Swayamsevak Sangh (RSS) — which is regarded as the parent organization of Prime Minister Narendra Modi’s ruling Bharatiya Janata party (BJP).

A government order accused the channels of covering the riots "in a manner that highlighted the attack on places of worship and siding towards a particular community".

Last month, in the worst communal violence in decades in New Deli, nearly 50 people were killed and over 100 wounded as groups chanting Hindu nationalist slogans torched mosques and dozens of Muslim houses.