Tehran 08 March_The World Health Organization (WHO) says it will "provide all the support" to the Iranian government in its fight against the deadly novel coronavirus, expressing great optimism that the Islamic Republic will succeed in containing the disease. 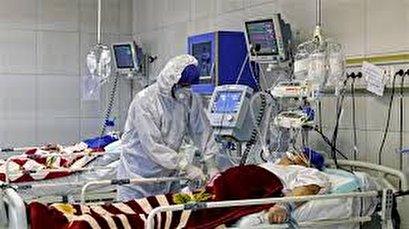 TEHRAN, Young Journalists Club(YJC)_"We are very optimistic that together we will make excellent progress," Emergency Director for WHO's Regional Office for the Eastern Mediterranean, Richard Brennan, told journalists in Tehran on Saturday.

He hailed Iran's great efforts to battle the coronavirus, saying, "We have been impressed by the way that the [Iranian] government and the health workers and other sectors of the society are really working hard to defeat the virus."

He noted that the WHO team, consisting of colleagues from the world's health body -- the Robert Koch Institute in Germany and the Chinese Center for Disease Control and Prevention (CCDC) -- have had numerous meetings with Iranian health officials and workers over the past few days.

"We have a tremendous exchange of experiences and information," Brennan said, adding that the WHO team has "learnt from the Ministry of Health and the health workers in Iran."

He noted that both sides would share important lessons on ways to fight the COVID-19 outbreak.

The WHO official also warned about a campaign of misinformation and propagation and said, "Misinformation makes the job of doctors and nurses so much harder."

"We also know that one of the biggest enemies in defeating the outbreak is misinformation, rumors and false news. We have to keep the communication accurate and precise about the true realities of the disease," he emphasized.

He extended his congratulations in particular to the hardworking doctors, nurses and other health workers in laboratories and elsewhere for their really tremendous work.

Iran is currently battling one of the world's deadliest outbreak of the coronavirus outside China, where it originated.

On Saturday, the head of the Iranian Health Ministry’s Public Relations and Information Center, Kianoush Jahanpour, reported 21 new deaths from the coronavirus and 1,076 fresh cases in the past 24 hours, bringing the overall tolls to 145 dead and 5,823 infected.

"More than 16,000 people are currently hospitalized as suspect cases," Jahanpour said in a televised news conference.

He said that 1,669 of confirmed cases have recovered from the illness, including in some provinces where recovery rate has reached 40 percent.

Earlier in the day, Iran's Foreign Minister Mohammad Javad Zarif lashed out at US President Donald Trump for tightening "illegal" sanctions against Iran, saying such a move is aimed at draining the Islamic Republic's resources required in the fight against the novel coronavirus.