Tehran 11 March_Turkey’s president says he has proposed to his Russian counterpart that the two countries jointly operate the eastern Syrian oilfields, adding he could make the same offer to the United States, which is already implicated in stealing the Syrian crude. 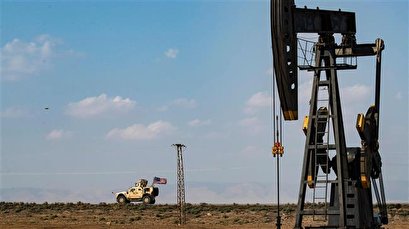 He said he had made the project contingent on Russian “financial support,” adding that Moscow was yet to provide a response.

The Turkish president alleged that the plan would stop “terrorists” from reaping the benefits, referring to Kurdish militants in the province, whom Turkey associates with anti-Ankara separatists.

Erdogan alleged that with the potential oil revenues, “we can help destroyed Syria get on its feet."

Turkey, however, has never sought Syria’s permission for its operations on the latter’s soil.

It has gone to great lengths to crush the Kurdish militants in Syria at the Arab country’s expense and without its consent.

The Turkish military has staged two wholesale deadly invasions against Syria since 2016 to drive them back from the Turkish border. The assaults were followed by international condemnation and beleaguered the local Kurdish communities there, which solicited Damascus’ military support against the Turkish aggressors.

Still in the face of Damascus’ sheer outrage, Turkey has been supporting a number of militant outfits in the northwestern Syrian Idlib Province. The Turkish forces apparently tasked with helping de-escalation efforts there have also repeatedly engaged in deadly clashes with the Syrian Army.

The Turkish president, meanwhile, pointed to the illegal US presence in Syria, saying “America has its own plans here," and said if Moscow consented to the Russo-Turkish cooperation, “I can even make the same offer to [US President Donald] Trump."

The United States and its allies invaded Syria in 2014 under the pretext of uprooting Daesh. The allies retain a presence there, although, Damascus and its supporting states defeated the Takfiri terror group in late 2017.

The invading US military began an operation to “secure” the oil-rich eastern regions late last year.

Trump said last October that the US "should be able to take some [oil]," adding, "What I intend to do, perhaps, is make a deal with an ExxonMobil or one of our great companies to go in there and do it properly."

In the same month, the Russian military released detailed intelligence that pointed to a major oil-smuggling operation involving the US Central Intelligence Agency, the US military, private contractors, and Kurdish militants.

Damascus has found Washington culpable of “methodical plundering” of its oil resources.