Tehran 11 March_Turkey’s president says the United States has offered to provide Ankara with the Patriot missile system if it refuses to operationalize the advanced S-400 defense system that it has bought from Russia. 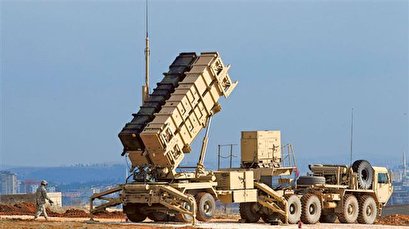 TEHRAN, Young Journalists Club(YJC)_The US “softened significantly on this S-400 issue. They are now at the point of ‘promise us you won't make the S-400s operational,’”said Recep Tayyip Erdogan while returning from a meeting in Brussels on Tuesday.

Erdogan’s remarks suggested that Washington had rowed back on its previous insistence that Ankara should return the S-400s, which are considered to be Russia’s most advanced long-range anti-aircraft missile system.

Russia and Turkey finalized an agreement on the delivery of the missile system in late 2017. So far, Turkey has received several batteries and has said it would make them operational in April.

The purchase has been a bone of contention in Turkey’s ties with the US, which claims the Russian systems do not fit the rest of the military equipment operated by the Western NATO military alliance, of which Turkey is a member.

Washington has suspended Ankara’s participation in a project aimed at manufacturing American F-35 aircraft in protest at the purchase.

The Pentagon, meanwhile, claimed that US Defense Secretary Mark Esper had reiterated the country’s stance concerning the prospect of Patriot missile system’s delivery to Turkey.

“Turkey is not going to receive a Patriot battery unless it returns the S-400,” it said.

A senior Turkish official talking to Reuters on the condition of anonymity, however, echoed Erdogan’s remarks concerning the US’s most recent position on the issue, saying Washington “has once again brought up the Patriot offer.”

“The United States’ previous strong stance isn’t the case anymore. They are approaching Turkey more empathetically now,” said the official, adding that this time, it would be sufficient for Washington to see “that the S-400s are not activated, or in other words, that they are not unboxed.”

Turkey asked the US to deploy the missile batteries on its border with Syria as Ankara’smilitary intervention in the Arab country is facing a decisive response from the Syrian army, threatening a direct confrontation with Russia, which backs Damascus’ anti-terror efforts.

Turkey has dispatched forces to Syria under a deal aimed at reinforcing de-escalation efforts there. The Turkish forces, however, recently ventured out of their assigned areas in northwestern Syria, engaging in deadly clashes with the Syrian army.