Tehran 11 March_Tehran says the United States has blocked the entry of foodstuffs and medicine into Iran through its unlawful sanctions, but shamelessly denies doing so. 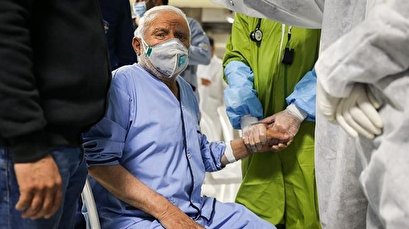 TEHRAN, Young Journalists Club(YJC)_Asked about the impact of US sanctions on Iran’s fight against the virus, Foreign Ministry spokesman Abbas Mousavi said, “The oppressive and illegal American sanctions, which [have been imposed on Iran] within the framework of the  ‘maximum pressure’ campaign, have affected public welfare and health in Iran.”

“Although medicine and medical equipment should be exempt from the sanctions…the course of relevant transactions has been blocked,” he told media representatives via video-link on Wednesday. “However, they brazenly claim that medicine and foodstuffs are not subject to the sanctions,” the official added.

The virus showed up first in the central Chinese city of Wuhan and has so far claimed more than 4,200 lives and infected above 113,000 others worldwide.

Mousavi said if the US is really honest in offering sympathy to the Iranian nation, it should ease the sanctions and free up banks as well as monetary and financial institutions to carry out the transactions that would enable exports of food and medicine to Iran.

The US reinstated its sanctions against Iran in May 2018 after leaving aUN-endorsed nuclear agreement with Iran and five other countries.