Former president Karzai blames US for crisis in Afghanistan

Tehran 11 March_Afghanistan’s former president Hamid Karzai has blamed the United States’ policies and “insulting” and “divisive” treatment of Afghan people for the current political crisis in the country. 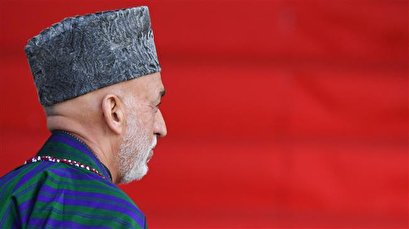 TEHRAN, Young Journalists Club(YJC)_“In all my meetings with US officials in recent months, especially with US special envoy (Zalmay Khalilzad), I expressed my deep concern about the lack of sincerity and transparency in the US’s policies regarding moving the election process forward and parts of the peace process [with the Taliban militants],” Karzai said in a statement carried by the local TOLO News.

On Monday, Afghan incumbent President Ashraf Ghani and opposition candidate and former chief executive Abdullah Abdullah both held inauguration ceremonies in the capital. Abdullah has contested the official results of the recent presidential election in the country, which showed Ghani had won.

Karzai said if the US had been sincere about seeking an end to the crisis in Afghanistan, it would have prevented divisions and political instability by making constructive and on-time moves ahead of the inauguration ceremonies.

“I have reiterated that the election and peace should result in strengthening national unity and stability in the country and in the establishment of a legitimate and powerful national government,” the ex-president added, referring to his meetings with US officials.

Karzai said that under the current situation, there was a need for unity among Afghans so that they could “foil plots” from abroad.

Meanwhile, the United Nations Security Council (UNSC) unanimously adopted a resolution Tuesday afternoon endorsing a deal between the US and the Taliban in Afghanistan.

All 15 Security Council members supported the resolution — proposed by Washington — that endorsed a joint US-Afghan declaration on peace and a deal signed between the Trump administration and the Taliban.