Tehran 12 March_Manchester City's Premier League home match against Arsenal, which was scheduled for tonight, has been postponed, due to concerns over the coronavirus. 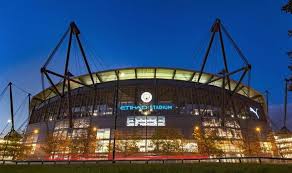 TEHRAN, Young Journalists Club(YJC)_The decision to postpone the game has been taken after it emerged that some personnel from Arsenal have come into contact with the olympiacos owner, Evangelos Marinakis, who has been diagnosed with the coronavirus.

A number of players from Arsenal's squad had met the 52 year old, following their Europa League meeting in London on February 27th.

Arsenal said the risk to their players was extremely low, but they would follow the medical guidelines, which recommend anyone coming into close contact with someone with the virus should self-isolate at home for 14 days.

The match against Arsenal was going to be the 1st time Pep Guardiola would have faced his former assistant, Mikel Arteta, who moved from City to the Gunners in December.

It's also the 1st Premier League match that’s been called-off due to the coronavirus, but, for the moment, there have been no plans for any further postponements.