Tehran 12 March_Oil prices have plunged a further six percent Thursday after US President Donald Trump announced travel restrictions on Europe to combat the spread of the coronavirus, ramping up fears of more recession. 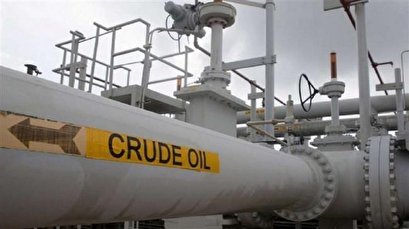 TEHRAN, Young Journalists Club(YJC)_Brent crude fell 5.8 to under $34 a barrel, while West Texas Intermediate slipped 6.2 percent to $31 a barrel.

Oil markets have been in turmoil since the start of the week, when they suffered their biggest one-day drop in years after Saudi Arabia slashed crude prices following a row with Russia over output cuts.

Saudi Arabia and other OPEC members had sought additional production cuts to shore up oil prices amid slumping demand, but Russia, a non-OPEC member, refused to agree.

The coronavirus pandemic is also destroying demand for fuel as efforts to contain the spread of the virus have forced businesses to close.

In a televised address, Trump said travel from 26 European countries to the US would be suspended for the next 30 days.

He said the restrictions would not apply to the UK, where 460 cases of the coronavirus have been confirmed.

The US also confirmed over 1,200 cases of coronavirus (COVID-19) as of early Thursday, with 38 deaths.

The World Health Organization declared the outbreak a pandemic as the novel coronavirus has infected more than 118,000 people and killed nearly 4,300 worldwide.

Trump said the US travel ban will go into effect Friday at midnight.

He noted that the ban was needed because the country was entering a "critical time" in the fight against the deadly virus.

"We made a lifesaving move with early action on China. Now we must take the same action with Europe We will not delay." Trump added.

US airlines had already slashed flight schedules to Italy, where the coronavirus outbreak is worst in Europe and all 60 million residents have been placed under lockdown, and will take another hit from lower demand for flights from major destinations like France and Germany.

US shale oil companies that rely on higher prices in a market awash with cheap oil are witnessing falling crude prices.

The energy meltdown now threatens to cause a repeat of the 2014 oil crash that bankrupted many US frackers and shale companies, and caused hundreds of thousands of layoffs in the US, CNN said.

"Russia sees US shale as particularly vulnerable at the moment," said Ryan Fitzmaurice, energy strategist at Rabobank. "It is our view that Russia was targeting debt-laden US shale producers (by refusing to join the OPEC members for production cuts to mitigate the oil oversupply)."

Analysts said that Moscow could also be retaliating for Washington's recent energy sanctions.

The Trump administration last month announced sanctions against a subsidiary of Rosneft, Russia's state-owned oil company, in response for what it said Moscow’s support of Venezuela’s President Nicolas Maduro.

The coronavirus has also posed a serious challenge to the US oil industry. The EU travel ban, flight cancellations, factory closures and a slowdown in commuting have seriously weakened the appetite for crude.