US wages airstrikes against multiple Hashd Sha’abi positions across Iraq

Tehran 13 March_The United States has carried out a string of airstrikes against multiple locations of the Iraqi Popular Mobilization Units (PMU), better known by the Arabic name Hashd al-Sha’abi, only a day after more than a dozen of the Iraqi fighters were killed by airstrikes targeting an area in Syria's eastern province of Deir al-Zour. 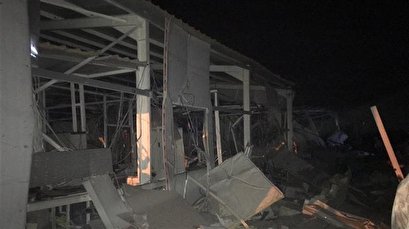 TEHRAN, Young Journalists Club(YJC)_The Iraqi Interior Ministry's Security Media Cell announced in a statement that “at 01:15 local time on Thursday (2215 Wednesday) an American aerial bombardment struck headquarters of Hashd al-Sha’abi, emergency regiments as well as commandos from the 19th Division of the army.”

The statement added that the airstrikes targeted positions in Jurf al-Nasr town, located about 60 kilometers southwest of the capital Baghdad, Musayyib town in the central province of Babil, the holy shrine city of Najaf as well as the ancient central city of Alexandria.

The US military did not estimate how many people in Iraq may have been killed in the strikes, which officials said were carried out by piloted aircraft.

US Defense Secretary Mark Esper, in a Pentagon statement detailing the strikes, cautioned that the United States was prepared to respond again, if needed.

“We will take any action necessary to protect our forces in Iraq and the region,” Esper said.

Separately, an Iraqi official said an airstrike had hit an airport under construction in the holy city of Karbala, located about 100 kilometers (62 miles) southwest of Baghdad.

The official, speaking said on condition of anonymity, told Arabic-language al-Sumaria television network on Friday that US military aircraft fired three missiles at the airport building, which is located in near al-Haidariya district and near the border with neighboring Najaf province.

He added that the air raid killed a worker, and left great material damage at the site.

Meanwhile, CNN, quoting a US military official, reported that the airstrikes were carried out against five weapons storage facilities.

The early Friday US airstrikes were carried out about 24 hours after at least 18 PMU fighters were killed in air raids targeting an area southeast of the city of al-Bukamal in eastern Syria and near the border with Iraq.