Sick people across US being denied coronavirus test: Report

Tehran 13 March_Sick people across the United States say they are being denied the coronavirus test, as American states scramble to slow the spread of COVID-19 and stop hospitals from being overwhelmed with a surge in critically ill patients. 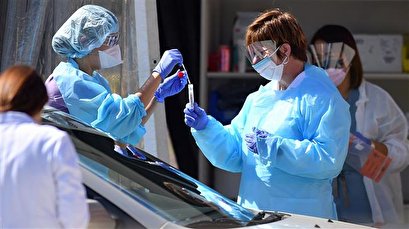 TEHRAN, Young Journalists Club(YJC)_Many who fear they have the virus have faced one roadblock after another as they try to get tested, according to The New York Times, citing interviews with dozens of people across the country.

The experience of sick people the Times interviewed underscores how difficult it can be for people in the US to find out if they have the coronavirus, despite President Donald Trump’s announcement five days ago that anyone who wants a test can get tested.

Some people were rejected because they had no symptoms or had not traveled to a hot spot abroad, even though they had been in proximity to someone who tested positive for the coronavirus or had fevers and hacking coughs, the newspaper said.

And others were simply told there were not enough tests to go around.

“The system is not really geared to what we need right now, what you are asking for. That is a failing,” Dr. Anthony Fauci, who leads the National Institute of Allergy and Infectious Diseases, said Thursday in testimony before the US House of Representatives Committee on Oversight and Reform.

“It is a failing. I mean, let’s admit it,” Fauci told lawmakers. “The idea of anybody getting it easily the way people in other countries are doing it, we are not set up for that. Do I think we should be? Yes. But we are not.”

The US is far behind other countries in carrying out widespread tests on potential patients, which has severely hampered efforts to contain the outbreak.