Iran rejects ‘invalid’ US report on its human rights situation

Tehran 13 March_Iran has rejected the US State Department’s annual report on its human rights situation, saying Washington is in no position to give other countries prescription on the issue of human rights. 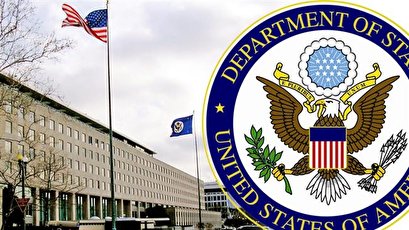 “A regime whose president proudly issues the order to assassinate the most decent children of Iran, and his accomplices… shamelessly host the most hated anti-Iran terrorist groups and attend their meetings, has nothing to do with the elevated concept of human rights,” the spokesman noted.

Mousavi was apparently referring to the US assassination of the Middle East's most prominent anti-terror commander General Qassem Soleimani and its support for the MKO group which Washington has removed from its list of terrorist organizations just to spite Tehran.

The spokesman said the US regime, whose president “recklessly makes racist remarks, shamelessly defends religious discrimination, degrades women and considers them solely as an object of sexual pleasure, denies entry to the people of other countries into the US solely based on their religion and race, recklessly threatens to destroy the cultural centers of other countries, backs the infanticidal and murderous Saudi regime and the anti-human Zionist regime, is not in a position to give human rights recipes to other countries."

Mousavi said such reports are based on a series of lies, misrepresenting realities, exaggerating weak points and blackwashing positive points and hence have no value and credibility.

His comments came in reaction to the US State Department’s annual review of human rights situation in Iran, which was released on March 11, 2020.

In the report, the US State Department claimed that the Islamic Republic had committed abuse “as a matter of government policy,” with impunity for perpetrators “throughout all levels of the government and security forces.