Trump biggest liar on earth: Nasrallah on US corona transparency

Tehran 14 March_Secretary-general of the Lebanese resistance movement of Hezbollah strongly criticizes the US’s avoiding transparency concerning the extent of the outbreak of the deadly new coronavirus. 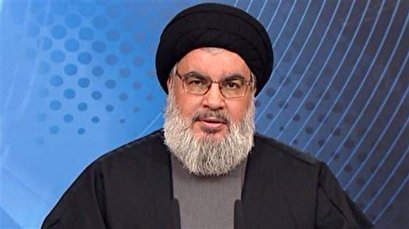 TEHRAN, Young Journalists Club(YJC)_“We are in the middle of a battle that resembles a world war,” Seyyed Hassan Nasrallah said during a televised speech on Friday, commenting on the enormity of the outbreak, Lebanon’s Naharnet news website reported.

US President Donald Trump and his team have, however, been “the worst liars” when it comes to fighting the new virus, the Hezbollah chief added.

He cited Trump’s effort to downplay the risk posed by the virus, and said the US and the UK have been concealing the real number of those infected with the virus.

The virus emerged in the central Chinese city of Wuhan late last year. It has so far infected over 137,000 people and killed more than 5,000 others.

Nasrallah hailed the Lebanese Health Ministry’s transparency in reporting the figures that concern the outbreak, and said the resistance movement’s entire resources and potential were at the government’s disposal to be used towards fighting the deadly virus.

Battling the virus now constituted the government’s top priority, he said, and noted that confronting the issue was a national duty for all that had to be approached with absolute unity, Lebanon’s The Daily Star paper reported.

Nasrallah called on both his supporters and opponents to look beyond political, sectarian, and religious differences to tackle the new virus. He warned that the battle against the deadly virus would not be successful and instead would lead to greater losses if the issue was to be instrumentalized for political gains.