Tehran 14 March_For the second time in a week, multiple rockets have struck US-occupied Taji military base in Iraq, Iraqi and US security sources say. 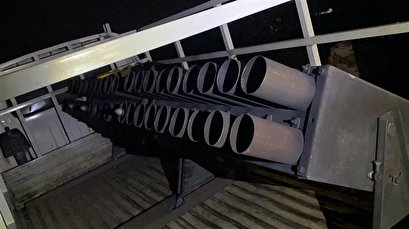 TEHRAN, Young Journalists Club(YJC)_An Iraqi colonel inside the base, located 27 kilometers north of the Iraqi capital city of Baghdad, told Reuters that he had heard at least 10 rockets hitting the facility Saturday.

Security sources said the army had found an abandoned truck with a rocket launcher and some unused Katyusha rockets on its back in the nearby area of Umm al-Izam.

There has been no immediate report of casualties or any claim of responsibility for the attack.

On Wednesday, a similar rocket attack on Taji killed two US troops and a British soldier.

No group has yet claimed the attack in which some 18 107mm Katyusha rockets struck the US-occupied camp.

However, US President Donald Trump claimed that the attackers were a group that “most likely looked like it could be backed by Iran," a claim rejected by Tehran as "baseless."

On Friday night, the United States carried out artillery and missile attacks on military bases along the Syrian-Iraqi border less than a day after it launched airstrikes on several bases in Iraq.

At the same time, it added, US warplanes flew over the districts of al-Musayab, Eskandariya and Jurf al-Sakhar in Iraq's central Babil province.

On Thursday night, the US conducted a string of airstrikes that killed three Iraqi soldiers, two police officers and a civilian worker, and damaged an unfinished civilian airport.

The air raids targeted the headquarters of the Iraqi army's 19th division and the 46th PMU brigade as well as the under-construction airport in the holy city of Karbala and emergency regiments and commandos in several Babil areas.