Tehran 15 March_The Iraqi military has called for an immediate withdrawal of all American and foreign troops from the country in accordance with a parliamentary resolution passed earlier this year, and in light of a string of airstrikes carried out by the United States against multiple locations of the Popular Mobilization Units (PMU), better known by the Arabic name Hashd al-Sha’abi. 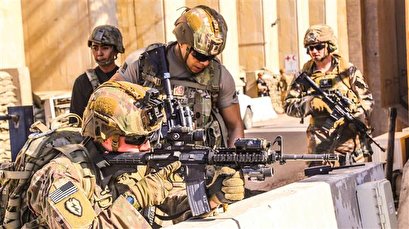 TEHRAN, Young Journalists Club(YJC)_On Saturday, the military asked all US-led forces to act within the resolution and pull out of Iraq.

Iraqi lawmakers unanimously approved a bill on January 5, demanding the withdrawal of all foreign military forces led by the United States from the country following the assassination of Lieutenant General Qassem Soleimani, the commander of the Quds Force of the Islamic Revolution Guards Corps, along with the deputy head of the PMU, Abu Mahdi al-Muhandis, and their companions in US airstrike authorized by President Donald Trump near Baghdad International Airport two days earlier.

Later on January 9, former Iraqi prime minister Adel Abdul-Mahdi called on the United States to dispatch a delegation to Baghdad tasked with formulating a mechanism for the move.

According to a statement released by his office at the time, Abdul-Mahdi “requested that delegates be sent to Iraq to set the mechanisms to implement the parliament's decision for the secure withdrawal of (foreign) forces from Iraq” in a phone call with US Secretary of State Mike Pompeo.