Neymar ruled out of World Cup with fractured vertebrae

Brazil on Friday lost superstar striker Neymar for the World Cup after he fractured a vertebrae during his side's 2-1 World Cup quarter final win over Colombia. 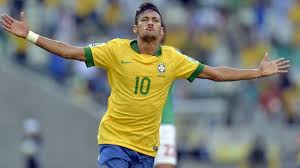 Colombia defender Juan Zuniga kneed the 22-year-old Neymar in a crunching tackle and the Barcelona player was stretchered off in agony in the closing minutes of the game in Forteleza.
The injury and the suspension of captain Thiago Silva for the semi-final against Germany overshadowed a sensational David Luiz goal that sealed victory in one of the most physical games seen at this World Cup.
A hospital exam "showed he suffered a fracture of the third vertebra" in his back, team doctor Rodrigo Lasmar told reporters.
Brazil coach Luiz Felipe Scolari fumed that Neymar has been "hunted" throughout the tournament and that no punishment was given for the tackle on him.
"I have been saying for three matches that Neymar has been hunted, but all the other countries say it is not true and it is only their players that are hunted."
Silva was booked for a second time in the tournament for impeding a clearance by Colombian goalkeeper David Ospina.
But in Zuniga's case "there was not even a yellow card and Thiago got a yellow card for nothing," Scolari said.
Brazil are in the World Cup semi-finals for the first time in 12 years, but Scolari, who has vowed his side will win their sixth World Cup, now faces a major crisis.
Silva put Brazil ahead after seven minutes and Luiz scored a sensational 30 metre free kick to give Brazil victory.
Colombia's James Rodriguez extended his lead as the tournament's top scorer with his sixth goal in five games from the penalty spot after Julio Cesar brought down Carlos Bacca.
But Colombia now leave and Brazil must now prepare without Neymar and key defender Silva for only their second World Cup meeting with Germany in Belo Horizonte on Tuesday. The Germans beat France 1-0 earlier in the day.
Luiz's goal was another special moment in the World Cup.
"Today It was great because I hit the exact point where the ball can go many ways and it is difficult for the goalkeeper," said Luiz.
And the Paris St Germain defender said Brazil had the replacements in Dante and Henrique to cope with the absence of his club teammate Silva.
"We have two players that are great players and that have prepared to play just like Thiago and myself.
Colombia also complained about Spanish referee Carlos Velasco Carballo.
"The referee did not help," said Rodriguez who suffered in marking but was himself booked for a tackle on Brazil's Hulk.
- Brazil roared on -
====================
Roared off on by a fervent home crowd, the hosts made a fast start and were ahead inside seven minutes.
Just as in their last 16 clash with Chile, a Neymar corner kick finished at the back post and Silva escaped defender Carlos Sanchez to bundle the ball home.
Silva then had defensive duties as he got the slightest of touches to Juan Cuadrado's drive to turn it behind as Colombia tried to react.
Colombia could have fallen further behind as Ospina got down well to parry Hulk's effort before making a more comfortable save from Oscar.
Chances at both ends dried up in the second-half, despite the game still being played at a frenetic pace.
Brazil were dealt a huge blow when Silva was booked for barging into Ospina as he sought to clear the ball. Scolari covered his head in his hands.
Brazilian nerves were settled in the 69th minute when Luiz sent a wonderful dipping free-kick high past Ospina from fully 30 metres.
Yet, Colombia were back in the game 10 minutes from time when substitute Carlos Bacca was upended by Julio Cesar inside the area.
The Brazil goalkeeper was lucky just to see a yellow card from Spanish referee Carlos Velasco Carballo. But he could do nothing to stop Rodriguez rolling home his sixth goal of the tournament from the resulting penalty.
Scolari's men saw out the final few minutes, but disaster struck when Zuniga's knee hit Neymar's back two minutes from the end of a game which saw dozens of heavy handed challenges.
AFP
Share to
Tags
Neymar ، Brazil ، World Cup ، injury
Your Comment