Tehran 15 March_The number of coronavirus infections in the world have been rising even as countries take precautionary measures to slow the spread down. 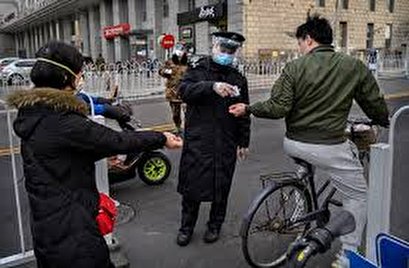 TEHRAN, Young Journalists Club(YJC)_The new virus from the coronavirus family, named SARS-CoV-2, first emerged in China’s Wuhan City in December last year. Since then, it has spread across the world, and the World Health Organization (WHO) has declared a global pandemic.

China continues to have the largest outbreak in the world, but a range of drastic measures it has taken have worked to significantly contain the spread in recent days.

On Saturday, China registered more cases that came to the country from overseas than locally transmitted.

According to the latest data released by China’s National Health Commission (NHC), of the 20 new confirmed cases on Saturday, 16 cases were travelers from abroad. The remaining four cases were recorded in Wuhan.

It was the second day that China was reporting more imported cases than locally transmitted ones.

No new cases were reported outside Wuhan, and thus, Hubei Province, of which Wuhan is the provincial capital, went with zero new infections for the 10th day.

The latest figures bring the total number of confirmed cases in mainland China so far to 80,844.

The death toll from the viral disease in the country reached 3,199 as of Saturday, up by 10 from the previous day. All the 10 deaths occurred in Wuhan, according to the NHC.

South Korea reported 76 new cases of infection on Sunday, bringing the country’s total to 8,162, with 75 deaths, according to the Korea Centers for Disease Control and Prevention (KCDC).

Japan said the number of the people infected with SARS-CoV-2 in the country rose to 1,484 on Sunday, increasing with a faster pace than the previous day, according to public broadcaster NHK.

The number of deaths from the disease in Japan stands at 29, up by one from Saturday.

Australia isolates all arrivals for 14 days

Australian Prime Minister Scott Morrison said on Sunday that authorities would impose a 14-day self-isolation on all international passenger arrivals from midnight Sunday.

The government will also ban cruise ships from foreign ports for an initial 30 days, Morrison said.

The country has so far recorded more than 250 cases of infection and three deaths.

In Central Asia, Uzbekistan detected its first case of the viral disease — referred to as COVID-19 — on Sunday.

The infected individual, an Uzbek citizen, tested positive after returning from France, according to Uzbekistan’s Health Ministry, which did not provide further information.

Health officials in Thailand, one of the first countries that reported infections outside China, said 32 people were diagnosed with the coronavirus infection on Sunday.

The latest number brings the total infections in the country to 114, the officials said.

The Honduran government said measures under the red alert — recommended by the Health Ministry — would include a ban on gatherings of more than 50 people, and the creation of dedicated health units to provide specialized care to those affected.

Brazilian authorities have quarantined more than 600 people in their cabins aboard a cruise ship in Recife since Thursday morning.

The decision was made after an elderly Canadian man showed symptoms, making authorities to treat him as a suspected case of the new coronavirus.

Also an Irish woman aboard the ship was being tested for the virus.

In an unprecedented move, the Vatican announced on Sunday that all of Pope Francis' Easter services this year will be held without the faithful in attendance.

Each year, tens of thousands of people attend four days of services in Rome and the Vatican.

The pope's general audiences have for some time been held over the internet and television in an effort to contain the spread of the coronavirus.