Tehran 17 March_Iran’s foreign minister has called on London and the European Union to defy Washington’s anti-Iran sanctions amid the outbreak of the novel coronavirus. 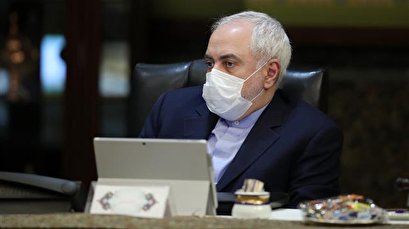 TEHRAN, Young Journalists Club(YJC)_In a Monday phone conversation with his British counterpart Dominic Raab, Iranian Foreign Minister Mohammad Javad Zarif denounced the US’ illegal and unilateral sanctions against Iran as an obstacle to the battle with the global pandemic.

He called on the UK to defy the US’ cruel sanctions against the Iranian nation under such circumstances, both on the basis of London’s commitments under the JCPOA and for human considerations.

He also praised the European Union and the three EU parties to the JCPOA – the UK, France and Germany - for sending aid to Iran for the fight against coronavirus.

The phone conversation came shortly after the Iranian ambassador to the UK announced Britain has agreed to pay an outstanding £400 million debt it owes to Iran plus the interest.

“The legal process of this long-running case, which has been going on for more than 50 years, is nearing its end,” Hamid Baeidinejad said in an interview with Iranian newspaper Etemad.

“The court has ordered the British government to pay the Iranian debt plus interest, and this cannot be changed. At the same time, the opposing lawyers have tried to use every legal opportunity to delay the practical execution of the court’s decision,” Baeidinejad added.