Tehran 17 March_The Russian Foreign Ministry says foreign-sponsored Takfiri militants are not complying with the terms of a ceasefire reached earlier this month by Ankara and Moscow to halt an escalation of violence in Syria’s embattled northwestern province of Idlib. 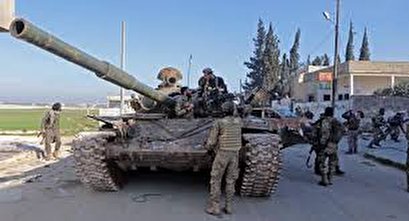 TEHRAN, Young Journalists Club(YJC)_The ministry, in a statement released on Monday, announced that the militants wreaking havoc on the restive area have re-armed, and are now taking counter-offensive action there, Interfax news agency reported.

The statement further highlighted that terrorists in Idlib must either be eliminated or prosecuted.

On Sunday, Russia and Turkey cut short their first joint patrol in Idlib after Takfiri militants cut off the strategic M4 highway, according to witnesses and Russian news agencies.

The extremists reportedly rejected the presence of Russian forces, and claimed the agreement did not guarantee their re-settlement after being pushed out of the region.

Militants, some waving flags of the so-called and Turkish-backed Syrian National Army, climbed atop Turkish tanks or stood in the path of Russian armored vehicles, according to witnesses.

The Russian Defense Ministry later announced that the joint patrols were cut short because of militant “provocations” and civilians being used as human shields, adding that they were forced to take a shorter route, Russia’s state-run RIA news agency reported.