Tehran 17 March_In his latest bid to end Iraq’s months-long political stalemate, President Barham Salih has designated Adnan al-Zurfi as prime minister, tasking him with forming a government within a month, a decision which has been met with opposition from several factions. 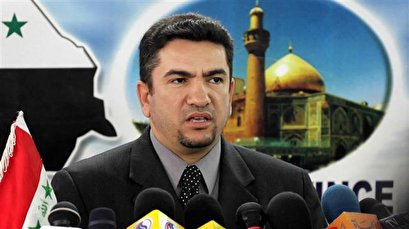 Zurfi, the ex-governor of the holy city of Najaf, is a former official of the US-run authority that took over Iraq after the 2003 invasion. He lived in the United States as a refugee in the 1990s after fleeing the regime of ex-dictator Saddam Hussein.

His appointment came more than two weeks after former premier-designate Mohammed Allawi withdrew his candidacy for the post following the parliament’s failure to approve his cabinet.

Allawi said he had made the decision after seeing that “certain political factions are not yet ready for reform,” and that continuing his tenure under such circumstances would run contrary to his promises to the Iraqi people.

He was tasked early February with forming a new administration after Prime Minister Adel Abdul Mahdi resigned in late November in the wake of demonstrations calling for economic reforms and a meaningful fight against corruption in state institutions.

Zurfi has to win the confidence of parliament for his new cabinet, a difficult task as several Iraqi groups have objected to his nomination.

“Zurfi will face tough resistance inside parliament and he will need a miracle to pass his government,” Reuters cited a lawmaker as saying on condition of anonymity.

If Zurfi can secure parliamentary approval for his cabinet, he would run the country until early elections can be held.

Prior to the official nomination, a leader of Asa’ib Ahl al-Haq, which is part of Iraq’s Popular Mobilization Forces or Hashd al-Sha’abi, reacted to news of Salih’s decision to nominate Zurfi.

He described the appointment as a conspiracy against the axis of resistance.

In a statement carried by Al Ekhbariya TV network, Jawad al-Talibawi said the appointment is a betrayal of the blood of martyrs.

Some members of the Nasr alliance also told Iraqi media that al-Zurfi’s appointment had not been made on behalf of the group.