Beijing fumes at US attempt to link coronavirus to China

Tehran 17 March_China has harshly hit back at US President Donald Trump over a tweet in which he referred to the new coronovirus as the “Chinese Virus,” condemning it as stigmatization. 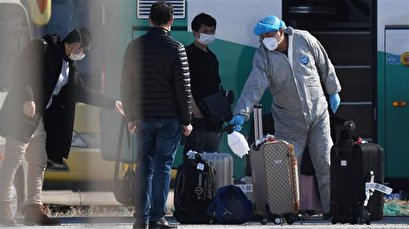 TEHRAN, Young Journalists Club(YJC)_In a tweet on Monday night, Trump said the US government would support those industries “particularly affected by the Chinese Virus.”

China’s Foreign Ministry spokesman Geng Shuang told reporters on Tuesday that Beijing was “strongly indignant” at the phrase, condemning it as “a kind of stigmatization.”

Geng told reporters that the US had to “immediately stop its unjustified accusations against China.”

Trump’s remarks also drew criticism from figures inside the US itself for inciting bigotry against the Asian-American community.

“Our Asian-American communities -- people YOU serve -- are already suffering. They don't need you fueling more bigotry,” New York City Mayor Bill de Blasio — whose state is one of the hardest-hit by the flu-like disease in the US — wrote on Twitter, addressing Trump.

The COVID-19 disease, caused by the new coronavirus, emerged in Wuhan, the capital of China’s Hubei Province, late last year and is currently affecting 161 countries and territories across the globe. It has killed 7,165 people as of Monday night, according to Reuters tallies.

The World Health Organization has declared the coronavirus outbreak a global pandemic.

On Thursday, another Chinese Foreign Ministry spokesman, Zhao Lijian, suggested that the US military might have brought the new coronavirus to Wuhan.

“When did patient zero begin in US? How many people are infected? What are the names of the hospitals? It might be US army who brought the epidemic to Wuhan. Be transparent! Make public your data! US owe us an explanation!” Zhao tweeted.