Tehran 17 March_China and South Korea, the hotspots of the new coronavirus in Asia, have reported continuing declines in new infections, while European countries move to contain their growing outbreaks more drastically. 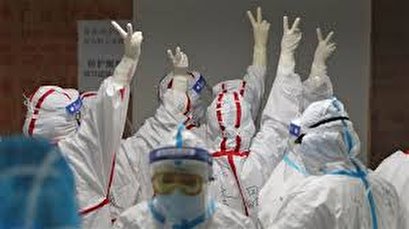 TEHRAN, Young Journalists Club(YJC)_Health officials in China said on Tuesday that 21 new infections had been reported the day before. Only one of the cases had been transmitted locally, and the remaining 20 were all cases of individuals arriving from abroad.

Confirmed cases in mainland China now number 80,881. As of Monday, a total of 68,679 people have been cured and discharged from hospital, while 3,226 people had died of the disease.

South Korea, which also has a large number of coronavirus patients, reported 84 new cases of the disease.

The new figures, released by health authorities on Tuesday, brought the number of the total infections in the country to 8,320.

It was the third consecutive day that the daily infection tally in South Korea was below 100, compared with a peak of 909 on February 29.

Pakistan’s Health Ministry announced the country’s first fatality from the coronavirus infection on Wednesday, adding that 195 people had so far tested positive. It said that the male victim had been admitted to a hospital in critical condition.

Although the outbreak began in China, it has now spread to 161 countries and territories, 54 of which have reported fatalities.

Globally, nearly 183,000 have been infected as of Monday night, and at least 7,165 have so far perished, with 12,824 new cases of COVID-19 disease and 656 deaths reported in the previous day, according to Reuters tallies.

Meanwhile, European countries are taking more drastic measures to contain their own outbreaks of the coronavirus.

On Monday, French President Emmanuel Macron ordered strict restrictions on the movement of the people to slow down the epidemic.

In an address to the nation on Monday, Macron said that from Tuesday midday (1100 GMT) people should stay home unless it was to buy groceries, travel to work, exercise, or seek medical care.

The French president also said the army would be deployed to help move the sick to hospitals.

Interior Minister Christophe Castaner said some 100,000 police will be deployed to enforce the lockdown.

In Italy, 349 people died of the highly contagious COVID-19 disease on Monday, taking the country’s fatalities to 2,158. The country had recorded 368 deaths on Sunday — the largest single-day toll anywhere so far, including China.

Nearly 28,000 infections have been confirmed in Italy so far.

The European Union (EU), meanwhile, is considering the harsh move of suspending nearly all incoming travel to the 27-member bloc to battle the epidemic.

In Britain, the number of confirmed coronavirus cases surged to 1,543, from 1,372 on Sunday, with the nation’s death toll rising to 55, according to Health Ministry figures released on Monday.