Tehran 18 March_The British Security Service, MI5, has been leading a new national security centre, focused on countering hostile activities by foreign powers, since June 2017, but information about its existence has only come to light today. 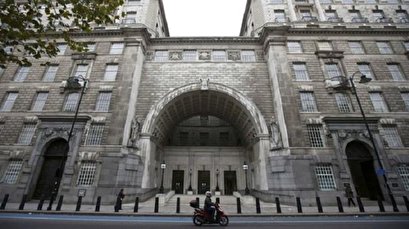 TEHRAN, Young Journalists Club(YJC)_Called the Joint Threats Assessment Team (JSTAT), the new centre appears to be modeled on the Joint Terrorism Analysis Centre (JTAC) which was founded in 2003.

Similar to JTAC, the newly-formed JSTAT is essentially an assessment (as opposed to investigations) organization housed at MI5’s headquarters at Thames House.

Again similar to the long-established JTAC, the new centre is comprised of personnel from across government departments, but led and directed by MI5 experts and top officials.

The key difference is that JSTAT will be focused exclusively on state-led national security threats, notably espionage and subversion.

A leading British security journalist has implied the establishment of JSTAT signals a shift away from counter-terrorism at MI5 to a more traditional focus on foreign intelligence activity on British soil.

It is not clear why MI5 has decided to publicize JSTAT’s foundation at this particular time. But speculation will abound that it is part of the security service’s drive to rebuild morale in the wake of successive intelligence failures.