Tehran 18 March_Many countries are adopting stricter measures in response to their outbreaks of the new coronavirus, while China, where the pathogen first emerged and wreaked the most havoc, has effectively brought its epidemic under control. 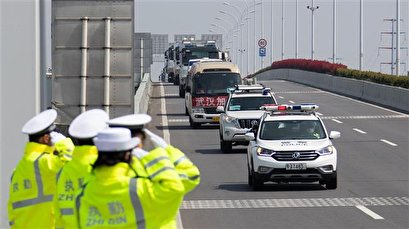 TEHRAN, Young Journalists Club(YJC)_Chinese health officials said on Wednesday that mainland China had had 13 new confirmed cases of the viral infection the day before, of which 12 were infected travelers arriving from abroad, including from Britain, the Netherlands, and Thailand.

It was the fifth consecutive day that imported cases were outnumbering local transmissions, according to China’s National Health Commission. China has been adopting measures to screen and quarantine travelers arriving from abroad.

The total number of confirmed cases in mainland China now stands at 80,894, the country’s health authority said. The overall death toll has reached 3,237.

The recent downfalls in the number of infections have prompted many Chinese cities to gradually relax the strict quarantine measures that were initially imposed after the virus emerged in December last year. This is while many governments across the world are just beginning to adopt harsher restrictions in response to the spread of the virus in their own countries.

South Korea, which has the largest epidemic in Asia after China, said its new infections also maintained a downward trend for the fourth day on Wednesday.

Health officials at the Korea Centers for Disease Control and Prevention (KCDC) reported 93 infections with the new virus, named SARS-CoV-2, on Wednesday.