A source at the Russian Foreign Ministry has dismissed as “plain lies” claims made by US Secretary of State Mike Pompeo that Russia has killed dozens of Turkish military forces in Syria. 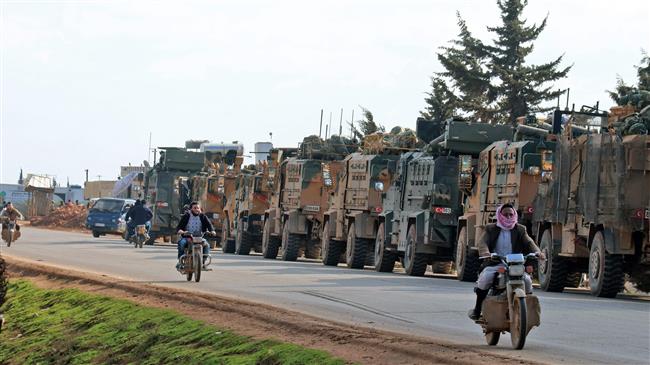 “Even during a global pandemic of an infectious disease, US officials continue their massive anti-Russian propaganda campaign, disseminating information that is clearly false,” the unnamed source was quoted by the Russia’s TASS news agency as saying on Thursday.

“A yet another outrageous statement was made by US Secretary of State Michael Pompeo during the March 17 media briefing. Regretfully, in a bid to drive a wedge between Russia and Turkey, who are cooperating in Syria, US officials even resort to plain lies.”

Pompeo told reporters at a news briefing in Washington on Tuesday that Russia “has killed dozens of Turkish military personnel” in Syria.

“Provocative statements coming from the United States demonstrate once again that they want the war in Syria to continue,” the Russian source said.

The source also said that Syria’s eastern regions were controlled by US troops, who “continue to harbor ISIS (the Daesh terrorist group) and other terrorists, and foster separatist moods among Kurds in an attempt to undermine sovereignty and territorial integrity of the Syrian Arab Republic.”

Anti-American sentiment is currently running high in Syria as the US has been supporting anti-Damascus Kurdish militants and at the same time stealing Syria’s crude oil resources.

On March 5, Russia and Turkey agreed on a ceasefire to stop clashes in Syria’s northwestern province of Idlib, the only large territory in the hands of militants after the Syrian military managed to undo militant gains across the Arab country.