Foreign minister: Time for US to change its ‘bankrupt’ policy toward Iran

Tehran 20 March_Iran's foreign minister has once again chastised the United States for pursuing its outdated and failed policy toward Iran, advising American politicians to change their “bankrupt” policy. 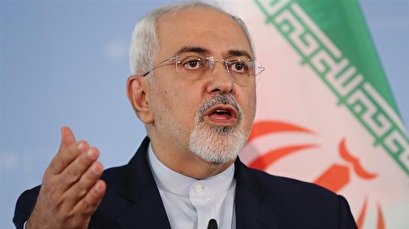 TEHRAN, Young Journalists Club(YJC)_Mohammad Javad Zarif made the remarks in a Thursday tweet, while commemorating the last day of the Iranian solar year, which marks the Oil Nationalization Day in Iran.

On March 20, 1951, members of the Iranian parliament voted unanimously in favor of a bill introduced by the country’s then democratically-elected prime minister, Mohammad Mosaddeq, to nationalize Iran’s oil industry.

The initiative put an end to Britain’s four-decade monopoly over Iran’s oil industry. Before the bill was passed, the British oil giant, known as the Anglo-Iranian Oil Company (AIOC), enjoyed monopolistic control over the industry and used to pay only a small share of the revenues to the Iranian government.

In retaliation for Mosaddeq’s revolutionary move, Britain and the United States imposed sanctions against Iran’s oil sector and later colluded to stage a coup against the ex-premier’s government in 1953 in a bid to reinstate the Western-back monarch, Mohammad Reza Pahlavi, in power after the bans failed to bear result.