Jordan has imposed a nationwide curfew in an attempt to fight the spread of the new coronavirus, as the respiratory disease continues to afflict more people around the globe. 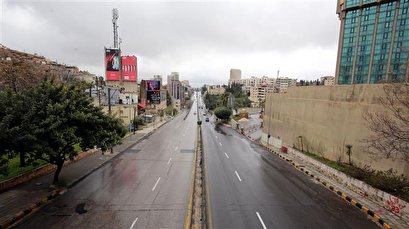 Sirens marked the beginning of the curfew on Saturday, limiting the mobility of 10 million citizens except for emergencies and essential services.

The army has deployed thousands of soldiers on the streets of main cities across Jordan to enforce the curfew.

The army said anyone who violates the curfew can be jailed for up to a year. The nationwide restrictions are in place until further notice.

They came after Jordan's King Abdullah declared a state of emergency earlier this week, giving the government sweeping powers to enforce an army-imposed curfew and other measures.

On Friday, Jordan's Minister of Health Saad Fayez Jaber said the country had 85 confirmed cases of the coronavirus, after 15 new cases were identified.