US hasty measures, inattention to domestic issues behind crisis in Afghanistan: Iran

Tehran 23 March_Iran's Foreign Ministry says hasty measures taken by the US administration to reach an agreement with the Taliban in Afghanistan and inattention to the country’s domestic issues are the main reasons behind the current political crisis in the country following the recent presidential election. 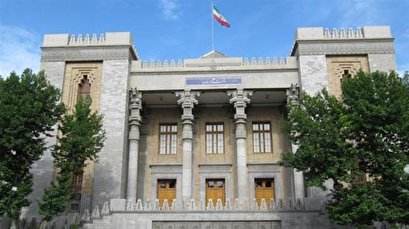 TEHRAN, Young Journalists Club(YJC)_“Giving priority to the US president’s propaganda needs for the forthcoming election in November and the irresponsible haste shown by this country to get negotiations [with the Taliban] going without due attention to the region’s interests and security, led to inattention to [Afghanistan’s] internal issues with the end result being the current situation,” Iran's Foreign Ministry said in a statement on Sunday.

The United States signed a deal with the Afghan Taliban in the Qatari capital, Doha, on February 29. Under the deal, the Taliban have agreed to sever ties with al-Qaeda and other terror groups and sit down for peace talks with the Afghan government. In return, Washington will start a phased withdrawal of troops.

The Afghan government was a party neither to the negotiations nor to the deal that was primarily aimed at reducing violence in the war-torn country.

Since it was signed, however, violence has escalated with the militants carrying out dozens of deadly attacks across the country.

The deal came few days before a new row between Afghan President-elect Ashraf Ghani and his rival Abdullah Abdullah.

Abdullah, who serves as the chief executive officer of the outgoing administration, has rejected a decision by Afghanistan’s Election Commission last month to announce Ghani as the winner of the presidential election, proclaiming himself to be president-elect. On March 9, Ghani and Abdullah both held inauguration ceremonies in the capital Kabul.