Tehran 23 March_President Hassan Rouhani says the US offer to help Iran in its fight against the coronavirus is "one of the biggest lies in history" where American sanctions are hindering Tehran's access to medical supplies. 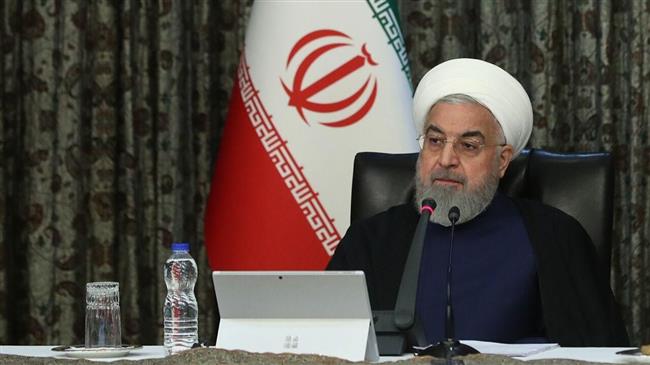 TEHRAN, Young Journalists Club(YJC)_Rouhani on Monday noted that Washington’s “unjust, illegal and terrorist” sanctions against Iran as well as other countries’ submission to the US pressure over fear of punishment “have created many problems for our country”.

Iran is battling the coronavirus under the harshest sanctions which the US imposed after leaving a UN-backed nuclear deal between Tehran and major world powers in 2018.

After leaving the landmark nuclear deal, Washington began forcing its European allies and other countries to toe its sanctions line.

As a result, Britain, France, and Germany have stopped their transactions with the Islamic Republic in breach of the nuclear deal which requires the signatories to protect Iran from the sanctions.

Rouhani said American leaders are lying when they claim that they want to help Iran, adding all they need to do is to lift the sanctions. "Then we can deal with the coronavirus outbreak," he added.

US officials have refused to lift the draconian sanctions which are hampering Iran's efforts to contain the coronavirus. They have instead claimed readiness to aid Iranians, with President Donald Trump saying "all they have to do is ask".