Tehran 24 March_Iran's Foreign Ministry has bluntly refuted claims by US State Department that the Islamic Republic is fostering conspiracy theories by highlighting the role of the United States in the global spread of the deadly new coronavirus, known as COVID-19. 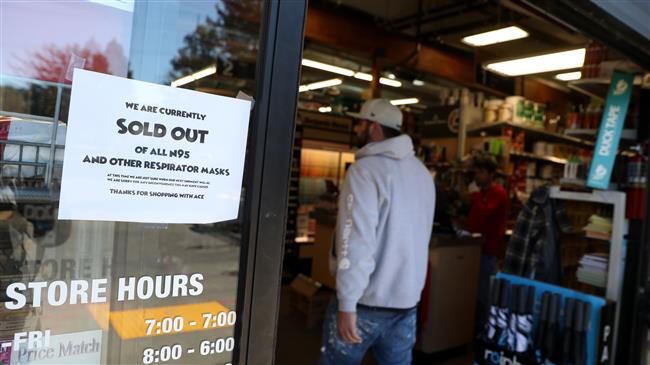 TEHRAN, Young Journalists Club(YJC)_On Sunday, Leader of the Islamic Revolution Ayatollah Seyyed Ali Khamenei addressed the Iranian nation through a televised speech in which he described the US as “the most evil enemy of the Iranian nation.”

The Leader pointed to allegations by US President Donald Trump and his secretary of state, Mike Pompeo, to the effect that Washington is ready to help Iran in its fight against an ongoing outbreak of coronavirus, saying, “"Firstly, you have a shortage yourself and this is what American officials say. Secondly, you are accused of producing the virus. I do not know how true this accusation is, but when such an accusation is made, which wise person will ask for your help?"

On Monday, US State Department’s spokeswoman, Morgan Ortagus, claimed in a tweet that what Iran said about the possible role of the United States in developing and spreading the virus across the world were nothing but “conspiracy theories.”

In a tweet later the same day, Iran's Foreign Ministry reaffirmed the country’s position on the US role in coronavirus pandemic, highlighting a recent article from Global Research in which ten questions were posed about inadequacy and insufficiency of the US government's response to virus outbreak on its soil.

“If @StateDept claims the mounting global questions about US role in #COVID19 pandemic are mere ‘Iran-made conspiracy theories’, then US must answer some of these questions asked by the Global Research,” said the Iranian Foreign Ministry’s tweet.