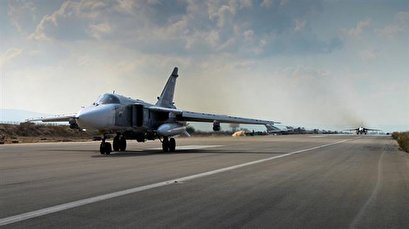 TEHRAN, Young Journalists Club(YJC)_The intrusive drone has been intercepted in the vicinity of the Hmeimim airbase near Jableh, Syrian state media reported.

Over the past year, the Syrian and Russian air defense units have thwarted several drone and mortar attacks launched by militants on the Hmeimim airbase, destroying dozens of drones and multiple-launch rocket system shells.

Russia has been helping Syrian forces in the ongoing battles across the conflict-plagued Arab country.

The Russian military assistance, which began in September 2015 at the official request of the Syrian government, has proved effective as Syrians continue to recapture key areas from terrorist groups across the country thanks to Russian air cover.