Tehran 25 March_After what seemed like an eternity and faced by surging numbers of those killed and infected by coronavirus, the British government has finally announced a countrywide lockdown. The move followed days of controversy over whether the UK was moving too slowly to force Britons to stay at home. 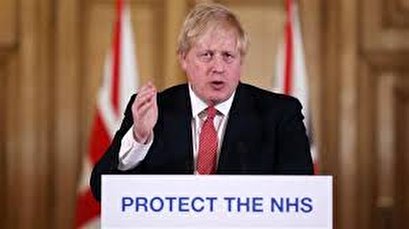 The urgency in the Prime Minister’s voice was evident. But the latest move, supported by the opposition Labor party, might’ve come a little too late. While countries like France and Italy introduced draconian measures enforced by their police and military and scientists sounded the alarm for months, the Johnson government picked a different strategy: herd immunity, a go-it-alone approach that ended in failure…valuable time was wasted and more lives will be lost as a result.

And it’s not a complete lockdown, like the ones in China and Italy. You can still go out to exercise once a day, to travel to and from work if absolutely necessary, to shop for essentials, and to fulfill medical needs.

There’s also the question of enforcement. Years of austerity and cutbacks has led to a smaller police force, meaning the police may not be able to ensure the lockdown is observed by Britons. That might call for the military’s involvement. In the early hours of Tuesday, the Armed Forces began to assist the NHS, that’s ill-equipped and already overwhelmed, by distributing personal protective equipment to hospitals.

Most of the four other large countries with significant outbreaks of the virus, China, Italy, Spain, and France, enacted their own lockdowns reaching Britain’s death toll, meaning that for the United Kingdom, the worst is yet to come.