Tehran 25 March_Takfiri Boko Haram militants from Nigeria have killed at least 92 Chadian soldiers in an attack on an army base on the border with Chad. 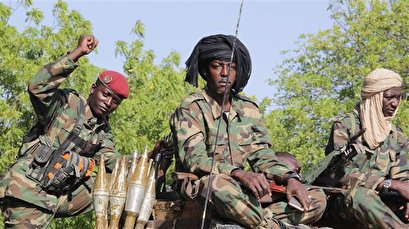 “We lost 92 of our soldiers, non-commissioned officers and officers,” Chadian President Idriss Deby Itno said on Tuesday, after visiting the site of the attack.

“It’s the first time we have lost so many men,” he said.

“The enemy has hit at our defenses hard in this zone,” a senior officer said.

Boko Haram militants hailing from northeast Nigeria have been stepping up their attacks on the Lake Chad region in recent months.

In 2015, countries in the region formed the Multinational Joint Task Force (MNJTF) to fight the militants. The MNJTF is a joint force consisting of soldiers from Nigeria, Niger, Cameroon, Chad, and Benin. It is tasked with ending the Boko Haram militancy in the Lake Chad region.

Boko Haram started its campaign of militancy in Nigeria in 2009 with the aim of toppling the central government.