Stepping up its fight against the new coronavirus outbreak, Iran has begun banning people from leaving their cities and requiring those who are already on Persian New Year trips to return to their hometowns at the earliest opportunity. 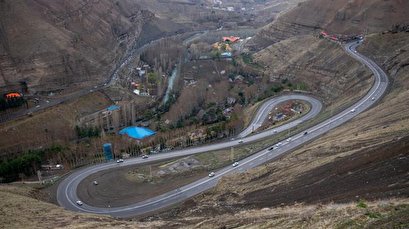 Spokesman for the Iranian administration Ali Rabiei made the remarks in a Twitter thread on Wednesday following a cabinet session that was chaired by President Hassan Rouhani in Tehran earlier.

“In light of the fact that the country has brought the first wave [of the outbreak] under control and in order to prevent a new wave, the president announced a ban on all new inter-city trips,” Rabiei wrote. “Those violating this directive will be subjected to legal action.”

A pending amendment to the directive would, however, specify individuals and cases that are exempt from the measure, the official told reporters on the sidelines of the meeting.

The country would also enforce the closure of all parks as well as any sites that might draw large clusters of people, he said.

Those who have tested positive for the disease should observe the Health Ministry’s relevant directives, including staying in isolation for 15 consecutive days, and are banned from traveling around freely against the precautions, the official noted.

Public offices and businesses are all ordered closed, except for stores supplying groceries and basic supplies, until April 3, the official added.

The Judiciary is set to announce the legal implications of violating the measures, and the Law Enforcement Force is required to act upon the announcement, Rabiei said.

The policies should attain the status of a social agreement among all members of the nation, he said, adding that popular contribution to the measures would reduce the virus’ lifespan and the human cost that it could inflict, the spokesman tweeted.