Iranian Foreign Minister Mohammad Javad Zarif has blasted his American counterpart Mike Pompeo for keeping up a “third-rate propaganda” barrage against Tehran even at a time when the world is busy fighting a deadly coronavirus pandemic. 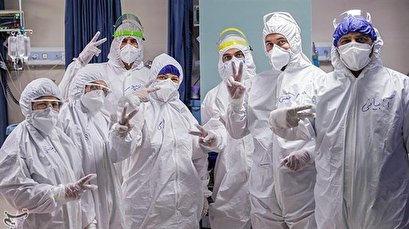 Even a pandemic won’t stop @SecPompeo from spouting 3rd-rate propaganda," Zarif tweeted on Wednesday after the top US diplomat claimed that the government of Iran’s President Hassan Rouhani was “mishandling” the outbreak of the highly-contagious virus called COVID-19.

“One wonders whether he’s Sec of State or Secretary of Hate,” said Zarif, adding that such propaganda will fail to divert attention from his bad reputation as a warmonger and promoter of America’s economic terrorism.

“No amount of trolling will gloss over his infamous warmongering & #EconomicTerrorism; killing innocents & impeding global fight against #COVID19,” wrote Zarif.

Pompeo’s claims come as almost all world states have focused their efforts on containing the fast spread of COVID-19.

However, the Iranian nation’s fight against the virus has been exceptionally hard as its efforts have been severely hampered by the toughest of American economic sanctions.