Iran to US: Do not politicize ex-FBI agent’s case, avoid exploiting his family’s emotions

Iran has warned the United States against politicization of the possible death of a former FBI agent, whom the US administration alleges has been imprisoned in the Islamic Republic, after Washington claimed on Wednesday that he has died in detention in Iran. 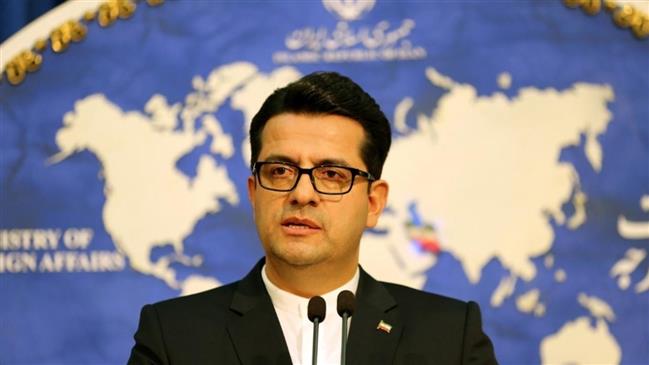 Speaking on Thursday, Foreign Ministry Spokesman Abbas Mousavi said if Washington has made sure about the retired agent Robert Levinson’s death, “then it can [simply] announce this matter without politicization and attempting to take advantage of the Levinson family’s emotions.”

The US has, for long, been alleging that Levinson disappeared on the southern Iranian Kish Island in 2007. Tehran has categorically denied any involvement in his disappearance.

On Wednesday, Levinson’s family cited the US government as claiming he had died in Iranian custody.

The Iranian Foreign Ministry spokesman said the Islamic Republic has, over the recent years, done its utmost to find any evidence pointing to Levinson’s exact fate.

“Based on credible evidence, the aforementioned person left the Iranian soil for an unspecified destination years ago,” Mousavi said. He also reminded that the US itself had confirmed his departure back then.

On January 19, 2016, after years of pointing the finger to Iran for his fate, the White House Press Secretary Josh Earnest announced for the first time that “we have reason to believe that he no longer is in Iran.” Back then, Earnest said he rested assured that Iran would search for Levinson.

Elsewhere in his remarks, Mousavi emphasized that Tehran’s investigation has not yielded any leads pointing to Levinson’s still being alive, and condoled with his family over his likely demise.

Until last December, the administration of US President Donald Trump would claim that Levinson was in Iranian custody and ask Tehran to hand him over.

Despite recent claims by his administration that Levinson has died in such a condition, there is ample evidence pointing to the fact that US officials already knew that he had died while on an unauthorized mission for the CIA some place outside Iran.