President Xi Jinping says China is ready to help the US with the fast-growing coronavirus outbreak, as Washington steps up its sanctions policy against world countries. 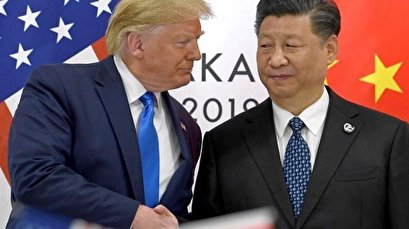 In a phone conversation with Trump, Xi told his American counterpart that “China and the US should unite to fight the epidemic,” the Chinese foreign ministry said Friday.

“Working together brings both sides benefits, fighting hurts both. Cooperation is the only choice,” Xi added.

He also called on Trump to take “substantive actions” to develop a relationship that is “without conflict and confrontation” but based on “mutual respect and mutually beneficial cooperation.”

Xi said he hoped Washington would take “effective measures” to safeguard the lives of Chinese citizens in the US, describing the pandemic as the “common enemy of mankind.”

“Only by [being] united can the international community defeat it,” Xi added.

Washington has blamed China for the virus outbreak, which first emerged in the Chinese city of Wuhan in December and then spread to the rest of the world.

Trump also continues to call COVID-19 “the Chines virus,” despite protestations from Beijing.

After the phone call, Trump said he had a “very good conversation” with the Chinese president.

He said in a Twitter message that China had “developed a strong understanding of the virus” and was working with the US.

The US has now the highest number of the viral infection in the world, according to new information released on Thursday.