US wrestling with how to respond to rising, bolder attacks on Americans in Iraq

Tehran 29 March_US official are expressing serious concerns about persisting attacks on American military and diplomatic compounds in Iraq and receiving “near-daily reports” of “imminent” attacks on such facilities, a report has unveiled. 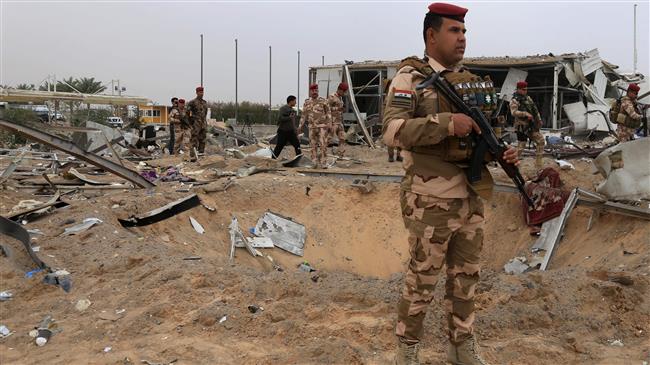 TEHRAN, Young Journalists Club(YJC)_“Militias are becoming more audacious in attacking US personnel in Iraq, with rocket strikes against military bases occurring more frequently and, for the first time, in broad daylight,” The Washington Post reported Saturday quoting American officials that spoke on the condition of anonymity, alleging  -- without any evidence -- that the attacks have been perpetrated by “Iran-backed” groups.

The report then points out that the question of how to deter future attacks against US targets in the war-torn country without putting troops at greater risk “highlights how much American security and influence have evaporated in Iraq.”

According to the daily, in the two weeks since US forces conducted bombing raids against Iraqi army’s Popular Mobilization Units (PMU) just outside the nation’s capital of Baghdad to avenge a rocket attack on the US-occupied Taji military base that killed a Briton and two Americans, “the Trump administration has been wrestling with what additional steps to take to confront the militias without sparking costly retaliation.”

The report then goes on to underline Washington’s inability to make Iraqi authorities to track down and prosecute those responsible for the rocket attacks against US facilities in the country, pointing out that American air raids on PMU forces were instead censured by the Iraqi army as “treacherous” as militia groups opposing US military presence in Iraq vowed further attacks on American installations in their nation.