Turkish forces and allied Takfiri militants have once again cut off drinking water supply to people in Syria's northeastern city of Hasakah and surrounding areas, only a few days after the Damascus government complained to the United Nations and the Security Council over the issue. 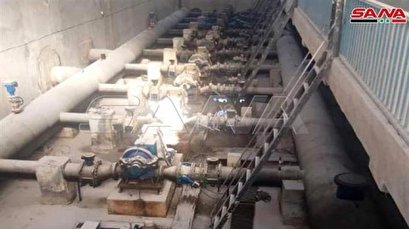 Director General of Hasakah Water Company, Mahmoud al-Ukla, told Syria’s official news agency SANA in a statement on Sunday that the Turkish troops and their allies stopped the pumping of water from the Allouk water station at 10 p.m. local time (1900 GMT) last night, and have refused to reverse their decision.

He emphasized that the measure has deprived approximately a million people in the Hasakah region of the essential resource.

Ukla then described the cut in water supply to the Hasakah region as a blatant violation of human rights, an appalling crime against the population of Hasakah, and an act in a way that increases the sufferings of the locals.

Allouk water station is located near the border town of Ra’s al-Ayn, which the Turkish troops and their allied militants seized in October 2019 during the so-called Peace Spring Operation.