Syria’s Health Ministry has confirmed its first death resulting from the COVID-19 pandemic as the country’s fragile health system reels from years of foreign-backed war and sanctions. 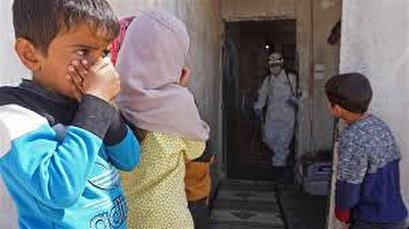 According to the health ministry’s statement on Sunday, the victim died shortly after being rushed to hospital.

Later examinations proved that the victim had contracted the coronavirus, the statement said.

The health ministry also confirmed four new COVID-19 cases, raising the total number of cases to ten in the country, including one fatality.

The country has braced to counter the spread of the coronavirus outbreak by adopting numerous measures such as postponing parliamentary elections and suspending the work of certain public institutions and services.

The first confirmed coronavirus death comes as the country’s health system has been devastated by a nine-year foreign-backed insurgency.

According to reports, sanctions imposed by Washington and the European Union have also severely damaged the country’s once nearly independent medical industry alongside crippling the country’s economy.

Earlier this month, the Syrian Foreign Ministry urged for the suspension of foreign sanctions hampering the country’s efforts against the outbreak.