COVID-19 is bio-weapon which was produced in a US laboratory: Scientist

A Pakistani scientist specializing in organic chemistry has said that the highly contagious novel coronavirus did not necessarily emerge naturally through mutation but rather may have been produced in a laboratory in the United States. 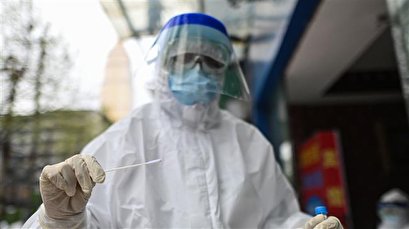 Professor Dr. Atta-ur-Rahman, who has a Ph.D and Sc.D. in organic chemistry from King's College, Cambridge, made the remarks in an interview on Sunday when asked about the COVID-19 pandemic that has killed about 35,000 people and infected more than 737,000 across the world.

When asked whether the novel coronavirus is a bio-weapon, Dr. Rahman said, “It is possible that an existing virus has been syntactically modified and developed into a bio-weapon.”

“There is some evidence that the United States was working on a bio-weapon in a laboratory. The laboratory was closed following a leakage. It was a military laboratory,” added Rahman, who is also the chairman of Pakistani Prime Minister Imran Khan’s National Task Force on Science and Technology.

“There is also evidence that it did not start from Wuhan, China, but that it was developed in certain laboratories in the West, including a lab in the UK and USA. These labs were involved in the bio-weapon program,” he revealed.

Quoting Pakistan’s former ambassador to the United Nations, Abdullah Hussain Haroon, the scientist said all this was done in order to beat China, and this is a vicious plot.