Is US readying itself to re-invade and occupy Iraq?

In the wake of the great escalation of January 2020, ultimately resulting in the retreat of United States forces, situated across Iraq, down to a few key bases around Baghdad that now come under regular rocket attack by local anti-occupation resistance groups, American strategic planners are confronted with only two choices: leave Iraq or launch a full-scale shock attack operation in the country's west and subsequent occupation of the area to regain the strategic initiative. 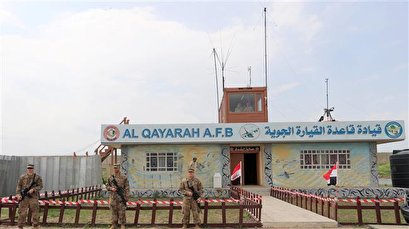 The US finds itself in its current position in Iraq, for the first time since the North Korean army invasion of South Korea in 1950 - an event which nearly threw American troops, at Pusan, into the sea and forced them to fight a protracted defense.

US units in Korea at that time were only relieved after a high-risk amphibious operation led by General Douglas MacArthur saw US and allied forces re-invade the Korean peninsula at Inchon (near the 38th Parallel) in a move that decisively cut into western the flank of the North Korean army’s line of advance.

With their main supply lines severed, North Korean formations were forced into a northwards rout that saw them driven all the way towards the Chinese border.

Although a Chinese intervention in late 1950 would drive the United Nations (US and allies) forces south again (a retreat from which they quickly rebounded back towards the center of the country), never again would the US lose the strategic initiative as it had earlier in the year.

For a military force whose historical doctrine has been to 'attack, attack, attack', America’s current position in Iraq is terribly awkward and uncharacteristic of the usual predicament of total superiority it generally finds itself in.

This predicament is clearly depicted on the ground in Iraq, as shown in ‘picture one’, labelled “Current Situation”, showing the de facto zones of control between United States forces (blue) and Iraqi PMU forces (green) across Syria and Iraq as well as the Kurdistan Regional Government (yellow).

At the present time, Iran maintains a strategic supply line that runs uninterrupted through Iraq’s PMU-dominated south, past the Syrian-Iraqi desert borderlands, up to Deir Ezzor city (held by the Syrian Army) and across the central horizontal depth of Syria all the way to Damascus; this line was established to help resistance forces fight Takfiri terrorists (such as Daesh) and other threats across Iraq and Syria.