Tehran, 01 April_The Syrian army says the country’s air defenses in the central province of Homs have intercepted a number of missiles fired by Israeli warplanes. 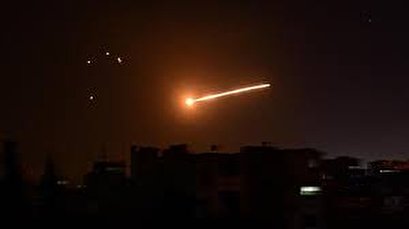 TEHRAN, Young Journalists Club (YJC) -Syria’s official news agency SANA quoted an unnamed military source as saying on Tuesday that the missiles had violated the Lebanese airspace before being confronted by the army air defenses.

“At 20:25 of Tuesday, the Israeli warplanes launched a number of missiles, from over Lebanon, into the direction of eastern Homs… immediately, the army air defenses intercepted the hostile missiles and shot down a number of them,” the military source said.

There were no immediate reports of damage or casualties in the Syrian media.

On March 5, the Syrian army air defenses also confronted an Israeli missile aggression on the country’s central and southern regions, preventing the hostile missiles from reaching their targets.