The coronavirus pandemic has now claimed the lives of 42,151 people and infected 858,875 others worldwide, according to data compiled by Johns Hopkins University. 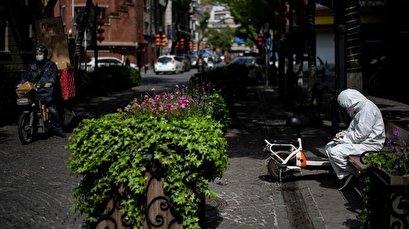 The virus has also sparked economic and social shockwaves unseen since World War II, according to the United Nations (UN).

This has prompted the World Bank to warn of “significant economic pain” across the globe.

The following is the latest on how the pandemic has been affecting the world in the past 24 hours.

UN Secretary-General Antonio Guterres described the coronavirus outbreak on Tuesday as the worst global crisis since World War II, warning that it could trigger conflicts around the world.

He said that the large magnitude of the crisis was due to “a disease that represents a threat to everybody in the world and... an economic impact that will bring a recession that probably has no parallel in the recent past.”

“A stronger and more effective response... is only possible in solidarity if everybody comes together and if we forget political games and understand that it is humankind that is at stake,” Guterres said.

The heads of the World Trade Organization (WTO) and UN food and health agencies said on Tuesday that food supply chains must be protected from any trade-related measures.

“Uncertainty about food availability can spark a wave of export restrictions, creating a shortage on the global market,” WTO Director-General Roberto Azevedo and the heads of World Health Organization Tedros Adhanom Ghebreyesus and the UN’s Food and Agriculture Organization Qu Dongyu said in a joint statement.

“Such reactions can alter the balance between food supply and demand, resulting in price spikes and increased price volatility,” they warned.

Last week, Azevedo said that according to WTO projections, the economic downturn and job losses caused by the pandemic would be worse than the 2008 recession.

Japan on the brink of emergency

On Wednesday, the Japanese government said it would do “whatever is needed” to minimize the virus economic impact in the country.

Infections continue to increase in the country, according to the government.

Chief Cabinet Secretary Yoshihide Suga told reporters on Wednesday that controlling the virus was a top priority for Tokyo.

Japan has reported 2,229 confirmed cases of infection along with 66 deaths.

China, the first epicenter of the disease, reported a fall in its new confirmed cases on Wednesday.

The National Health Commission reported 36 new cases and seven deaths on Tuesday. The number of cases was down from 48 a day earlier.

All but one of the cases were imported, bringing the total number of cases coming from overseas to 806, according to the commission.

In Southeast Asia, the Philippines recorded its largest daily increase in the deaths and infection on Tuesday, with 88 fatalities and 2,084 infections.

Healthcare officials said that hospitals were struggling with a shortage of protective gear, manpower, and testing capacity.

The Philippines, with a population of 107 million, has ordered home quarantine for a large part of the country.

Indonesia has confirmed 149 new infections on Wednesday, taking the total in the Southeast Asian country to 1,677, a Health Ministry official said.

Achmad Yurianto also reported 21 new deaths from the virus, taking the total to 157, while 103 have recovered.