Iran’s top diplomat has dismissed US President Donald Trump’s claim that Tehran is about to launch an attack on American troops in Iraq, reaffirming the stance that the Islamic Republic will not initiate any war but it will decisively respond to aggression. 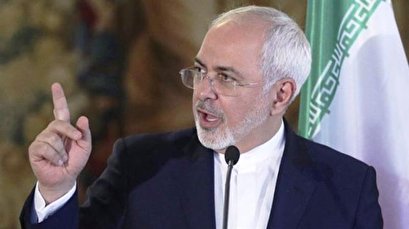 “Iran starts no wars, but teaches lessons to those who do,” Mohammad Javad Zarif tweeted on Thursday, a day after Trump claimed that “Iran or its proxies are planning a sneak attack on US troops and/or assets in Iraq” citing “information and belief.”

Zarif dismissed Trump’s allegation, saying Iran has no “proxies” but friends in Iraq.

Iran was the first state that rushed to Iraq’s help in 2014 after the Daesh terror group emerged in the country and seized control of vast swaths of territory there.

Washington views Hash al-Sha’abi — an official Iraqi military force — as Iran’s “proxy.” Angered by the Iran-backed defeat of Daesh, Trump ordered the US military to assassinate top Iranian and Iraqi anti-terror commanders Lieutenant General Qassem Soleimani and Abu Mahdi al-Muhandis in a drone strike in Baghdad, sending anti-US sentiments soaring both in the two neighboring states and the entire region.

“Don’t be misled by usual warmongers, AGAIN, @realDonaldTrump: Iran has FRIENDS: No one can have MILLIONS of proxies. Unlike the US — which surreptitiously lies, cheats & assassinates — Iran only acts in self-defense,” tweeted Zarif.