Iran's health minister has said that the country’s international standing in regards to containing the coronavirus outbreak will “greatly change” in coming days. 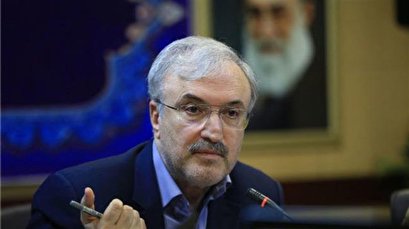 Due to advances in our diagnosis capability, we have been able to identify more COVID-19 cases in the country,” Saeed Namaki said late Thursday.

“Signs of their recovery will further emerge in the following days; this will completely transform Iran’s situation on the world stage,” he added.

Namaki made the comments while speaking on the sidelines of a video conference with officials of the World Health Organization’s Eastern Mediterranean Regional Office.

During the meeting, the WHO officials praised Iran’s anti-coronavirus initiative, known as the “national mobilization against the coronavirus”, and called for the application of Iran’s experience in the Eastern Mediterranean region.

Under the country’s “national mobilization against the coronavirus” campaign, Iran has sought to conduct a nationwide examination to identify COVID-19 patients and manage its response against the outbreak.

In his remarks on Thursday, Namaki said that more than 90 percent of the initiative’s target population had been “covered”.

Namaki had said on Wednesday that over 67 million Iranians had been screened for the disease.