UN Secretary General Antonio Guterres yesterday renewed his call for a global ceasefire, urging all parties in conflict to lay down arms and allow war-torn nations to combat the coronavirus pandemic. 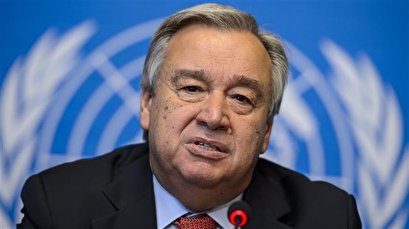 “The worst is yet to come,” Guterres said, referring to countries beset with fighting like Syria, Libya, and Yemen.

“The COVID-19 storm is now coming to all these theaters of conflict.”

Guterres said there had been some progress following his March 23 call for peace, but that fighting still rages in a number of countries, hampering the ability to put into place plans to combat the virus.

“The need is urgent,” Guterres said at a UN press conference.

“The virus has shown how swiftly it can move across borders, devastate countries and upend lives.”

He said that parties to conflict in a number of countries, including Cameroon, the Central African Republic, Colombia, Libya, Myanmar, the Philippines, South Sudan, Sudan, Syria, Ukraine, and Yemen, have expressed support for his call.

But there is a huge distance between declarations and deeds — between translating words into peace on the ground and in the lives of people,” Guterres said.

“In many of the most critical situations, we have seen no let-up in fighting and some conflicts have even intensified.”

While expressing gratitude for support of his earlier call from some 70 countries, NGO groups and religious leaders worldwide including Pope Francis, Guterres said more concrete work was necessary.

“We need robust diplomatic efforts to meet these challenges. To silence the guns, we must raise the voices for peace,” he said.

Guterres did not mention the UN Security Council, where divisions between the United States and China have blocked action.

The EU “strongly supports” the call, its foreign policy chief Josep Borrell said after a video conference of the bloc's foreign ministers.