Nearly 1,203,000 people are infected with the new coronavirus and more than 64,770 others have died of the disease caused by it around the world, according to data collected by Johns Hopkins University. 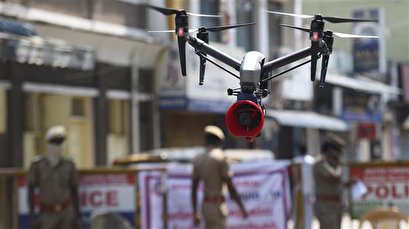 The epidemic has also sparked a global economic crisis as strict measures adopted by governments to control their outbreaks have locked down billions of people around the planet.

Analysts say it is almost certain that every advanced economy will experience a recession this year.

The country, which also has 126,168 confirmed cases of the disease, is now “close to passing the peak of infections,” according to Prime Minister Pedro Sanchez.

Sanchez also announced on Saturday that he would extend lockdown measures until April 25.

Italy reported 681 new deaths on Saturday, the lowest daily rise in deaths in almost two weeks but still a huge number compared to much of the world.

Italy’s cases rose by 4,805 on Saturday, which was slightly higher than recent daily increases.

Officials said the number of patients in intensive care had also fallen for the first time.

Officials warned people not to flout strict lockdown measures that they say were starting to show results.

The total number of deaths from COVID-19 in France reached 7,560 on Saturday. The figure is a new high in the country’s toll after the government included on Saturday more previously unreported deaths in nursing homes.

The French Health Ministry reported 441 new deaths in the country’s hospitals on Saturday.

Since the start of the epidemic in the country in early March, 90,848 people have been infected and 7,560 have died.

Germany’s deaths on the rise

The number of deaths and confirmed cases of COVID-19 in Germany climbed further on Saturday, making the country the third most-affected in Europe after Italy and Spain.

Some 96,092 people are also infected across the country.

In Asia, South Korea said its cases had increased by 81 as of Sunday morning.

The number of deaths also increased by six, according to the Korea Centers for Disease Control and Prevention.

Seoul said on Saturday that it would extend its social distancing measures by another two weeks.

Of the new infections, 25 were imported, by people traveling from overseas, according to the National Health Commission (NHC).

The country’s total cases of infection now stand at 82,544, with 3,329 deaths across the mainland, according to the NHC.

The government banned all incoming passenger flights on Saturday to prevent the rise in imported cases.

COVID-19 is also taking a toll on people in North America, with Mexico reporting an increase in the number of its cases.

The new cases of the viral infection increased by 202 to a total of 1,890, according to Mexico’s Health Ministry. The number of deaths jumped by 19 to 79 in total.

In South America, Ecuador has begun storing the bodies of the victims of COVID-19 in giant refrigerated containers.

Officials said hundreds of bodies had already filled morgues and hospital in the city of Guayaquil, the epicenter of the country’s outbreak.

Three containers have thus been installed at public hospitals to preserve bodies until graves were prepared, according to Guayaquil’s Mayor Cynthia Viteri.

So far, 150 victims have been buried in a private cemetery in the port city.

The country has confirmed 318 deaths from COVID-19 and 3,465 cases of infection so far.

President Lenin Moreno, however, said this week that the real figure was higher.